It’s Time For a Change 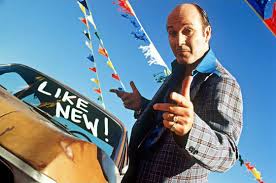 I don’t care much for Gastesi.  I think he’s sleazy and I don’t like how he operates.  He’s been caught in numerous false statements and questionable acts – more than enough to terminate him for cause.  In my opinion at least.

That said, he’s done a decent job in at least one respect.  He was part of the team that initially got the ball rolling again on state funding in 2012.  He organized and strengthened the county’s lobbying efforts overall.  He deserves credit for that.  Unfortunately, this doesn’t erase the wrongs that have been so damaging to taxpayers Keys-wide.  A more responsible, more transparent, and more ethical county government is sorely needed.   Gastesi will never get us there.

There’s a strong team in place to secure state funding now.  The county alone spends well over one-hundred thousand dollars on lobbyists and other professionals.  They have a full-time employee dedicated to legislative affairs.  Each entity in the Keys has their own lobbyists and a terrific advocate in Rep. Raschein.  Gastesi is no longer needed, and the taxpayers of the Keys can no longer afford to take the bad that comes with the good.

What’s needed now is a chief executive who….

It’s time for the Keys to move on.  No drama.  No hard feelings.  The BOCC simply needs to decline renewal of the contract.  Pay the man his severance.  Throw him a nice going away party.  Find a chief executive who can lead Monroe County into a successful future rather than keeping it bogged down in its troubled past.

This entry was posted in BOCC, Bubba System, Monroe County. Bookmark the permalink.

1 Response to It’s Time For a Change