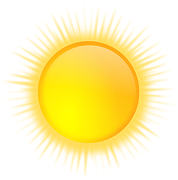 The Key Largo Wastewater Treatment District (District) is now considering a solar project.  This is interesting.  When the District received $17 million from the state, the state refused to allow the money to be used for financial relief as was originally intended.  I know – crazy decision, but I suspect they were led in that direction by our not-so-friendly county lobbyists.  Anyhow, in response, the District came up with a list of projects, including solar, that would generate savings or decrease costs.  (See Tab 4 of the link for a discussion of solar.)  In that way, some form of financial relief could have been provided to the ratepayers.

There were vocal opponents of new projects on the District board.  One commissioner, in fact, demanded that the $17 million simply be given to the county.  To me, this was unthinkable.  Why in the world should Key Largo ratepayers give up money to further subsidize customers already paying less than they are?  Absurd!  Fortunately, enough board members agreed with me and Key Largo kept the money.  That, of course, should have been unanimous.  The District board is elected to serve the interests of Key Largo ratepayers not give their money away to people who need it much less than they do.  Unfortunately, in the Keys political environment we can’t take anything for granted.

Subsequently my successor, Paul Christian, negotiated the swap agreement with the county.  The county likes to pretend they entered into this swap agreement out of the goodness of the their hearts.  But the truth is that it was the very least they could do for their taxpayers in Keys Largo who they’ve treated so unfairly.  Besides, it benefits the county, too.  The county has foolishly squandered taxpayer money, exceeding capital budgets left and right.  The swap offers them interest-free money to finance their misadventures.  They’re not going to find a deal like that anywhere else.

The swap agreement is structured as a loan that the county is legally bound to repay.  Something, I guarantee you, they absolutely do not want to do.  I’ve heard whispers that they are trying to undermine the agreement politically.  They neglect to mention the funding disparity that made the agreement necessary in the first place.  A funding disparity that they caused through their own stupidity, neglect and lack of ethics.  And they attempt to cast shade on the swap agreement by calling it “money laundering“.

Anyhow, the swap agreement rendered many of the projects unnecessary.  Or did it?

I’ve long wondered how solid this agreement really is.  For one thing, the iPhone Bandit made some comments indicating that the county would be unable to follow through immediately after the agreement was signed.  For another, the District has never come up with a real plan for financial relief.  According to the agreement, the term of the loan is ten years.  The county pays the District $1 million per year for the first three years, and can pay early with no penalty.  So the most conservative payment schedule would look like this. 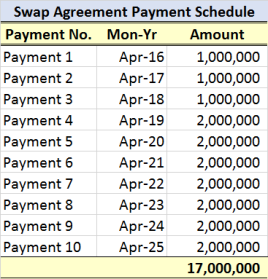 The District’s debt payments are $4 million per year or thereabouts.  If this agreement is as rock solid as we’ve been led to believe, why can’t financial relief begin immediately?  And why are these old projects coming back?  The only reason solar was being considered in the first place is because the District received the $17 million from the state, who was insisting that it be spent on new projects.  Without state money, the solar project didn’t make sense financially.  It was a money loser.  So why would the District consider it now that they’ve already traded the $17 million away?

This is an election year.  Why wouldn’t Steve Gibbs, who is running for re-election, be pushing for financial relief?  Why pursue these long-abandoned projects instead?  What on earth is going on?

This entry was posted in KLWTD. Bookmark the permalink.