If you’ve never seen the  website, PassiveAggressiveNotes.com, check it out.  It’s pretty funny sometimes.  I used it for guidance in writing my email to Rep. Raschein thanking her for her efforts on the Stewardship Bill. Just to be clear, my passive-aggressiveness is not directed at Rep. Raschein.  It’s directed at Monroe County.

Rep. Raschein has been nothing but smart, helpful and sincere.  She’s filled the leadership void left by the county, whose unscrupulous and irresponsible behavior has made the wastewater projects unnecessarily expensive and difficult for everyone – even themselves.  She’s gone above and beyond, and so has her staff.  There’s nobody who would have worked harder for the taxpayers.  That’s what she never seems to lose sight of – it’s about the taxpayers.

The bill has the potential to repair the damage caused by Monroe County’s inept and unethical handling of the wastewater projects.  But it could also provide an opportunity for the county to recklessly divert state money to other projects leaving wastewater in a continuing state of disarray.  Rep. Raschein added a paragraph that I believe will prevent that from happening.  I want to make sure that paragraph survives the BOCC meeting on October 21.

Here is my note:  Gmail – Stewardship Bill.  You’ll notice that I copied each of the county commissioners.

And here is a picture that sums up my attitude about the county. 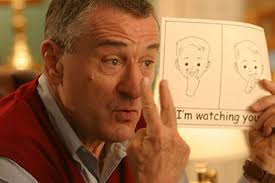 You really have to keep your eyes on them.  I’ve said it before and I’ll say it again.  They dislike doing the right thing, but they hate getting called out for doing the wrong thing.  So I periodically let them know I’m still paying attention.  It’s the only way I know of to get a modicum of decent behavior out of them.  It is frustrating and sad.

A competent, ethical county government could have accomplished so much more for so much less money.  Instead they waste time on gamesmanship and nonsense while letting project costs spiral out of control.  Unfortunately, we’re stuck with what we’ve got for now.  Maybe next year’s election will bring some positive and very necessary change to the BOCC.