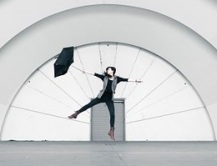 Richard Toppino of Charley Toppino & Sons has recently been appointed to the Florida Keys Aqueduct Authority (FKAA) board.  He will  replace Melva Wagner who resigned in September after it became publicly known that she no longer lived in the Keys and was attending meetings by phone.

Mr. Toppino was chosen from among eleven applicants for the position.  It was a very interesting choice for two reasons:

If Charley Toppino & Sons continues to pursue FKAA work, it’s a set up for an inevitable conflict.  This is why I am so surprised by the decision.  There were ten other applicants who had zero and/or minimal ties to the FKAA.  Why choose the applicant with the highest potential for a conflict?  It was so unnecessary!  Working around the edges again.

My understanding of the law is this:

That said, here’s a rundown of the work that Charley Toppino & Sons has done for FKAA.  The documents I could find online went back as far as 2006, and I only spot checked those.  There could be more.

That’s over $12 million in nine years.  According to FKAA’s latest capital improvement plan, there is roughly $20 million worth of work planned for the Lower Keys.  Will Charley Toppino & Sons forgo all that work because a company officer is on the FKAA board?  Or will there be some shuffling done to make the conflict go away in a narrow legal sense?

As I said before, I’m sure the FKAA will find a way to tap dance around the law, but they’ll never get around the optics.  Fortunately, they don’t need to worry so much about optics.  With the help of the state, the FKAA has remained an appointed rather than an elected board, despite the clearly expressed will of the voters.

The FKAA’s latest budget can be found here.  I extracted the capital improvement budget for your convenience.

The FKAA provides a Summary of Contractual Commitments on each agenda.  That’s where I got the contract and change order amounts for Charley Toppino & Sons.  I didn’t look at every single monthly report.  The documents can be found on FKAA’s website within the agendas.  The agendas are typically a few hundred pages long.  So for your convenience I extracted the specific documents.  Here are the links: