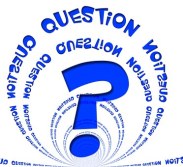 Update:  There are a lot of people way ahead of me on this.  Check out the discussion here.  I found the bit about comparable rents especially interesting.

The Peary Court purchase is a very small piece of the affordable housing puzzle.  Supporters of the purchase have formed a Political Action Committee (PAC) called Housing First.  Peary Court would only provide 157 housing units, and it is unclear exactly how affordable those units would actually be.

There certainly is a need for affordable housing in Key West and throughout the Keys.  I cannot argue against that, nor do I want to.  But Peary Court is shaping up to be another enormous taxpayer-financed purchase – $55 million.  According to this story at KeysNet.com, only one bank responded to the city’s Request for Proposals (RFP) to provide financing the project.  Clearly, the banks don’t think this is good business so why should the taxpayers?

The Numbers Behind Peary Court

My worry is that this is leading up to a county-financed purchase.  The county hasn’t offered hard numbers to support any kind of affordable housing/work-force housing plan.  There’s this presentation to the Board of County Commissioners (BOCC) at the May 15, 2015 meeting.  The presentation was meant to explain this report on the issue.  It’s all very squishy and vague.

Side note:  Monroe County’s materials were prepared by the FCRC Consensus Center.  This is the outfit that Roman “the iPhone Bandit” Gastesi wanted to use to “negotiate” the wastewater disparity with Key Largo.  I refused the “offer”.  The data paints a very clear picture of the situation on its own.  Monroe County’s responsibility to Key Largo taxpayers is crystal clear.  The county simply does not want to live up to that responsibility.  I assume it’s because there’s no way to line their own pockets.  Bottom line, I would be wary of any reports produced by these people.  They were hand-picked by “the iPhone Bandit”.

If you’re looking for scare quotes (“CRISIS!!!”), vague suggestions and free-floating numbers, the county-produced materials are great.  If you’re looking for hard data and persuasive arguments, you’re better off taking a look at the ALICE Report prepared by the United Way of Florida.  It’s very well done.  If Monroe County (and Key West) are serious about addressing the affordable housing problem, they might consider a data driven approach using the ALICE Report as a starting point.

According to this table on page 104, the gap between affordable rentals available and those needed is about 6,300 county-wide.  The purchase of Peary Court will supposedly preserve (not create) 157 of those units at a cost of $55 million – $350,000 per unit.  If we apply “Peary Court logic” to all 6,300 units, we’re talking about a total cost of about $2.2 billion.  This is just my of saying, the taxpayers of Key West aren’t getting a lot of bang for the buck here.  A sanity check is needed.

Here’s another question:  Are the rents at Peary Court actually affordable?  Here is Addendum 1 from Key West’s RFP for financing, which contains an amended pro forma.  According to that pro forma, the rents will start at about $2,350 and increase to about $3,600 in fifteen years.  Note that the present owners of Peary Court are renting units for $2,450 today.

If 30% is the housing affordability threshold, then an income of around $94,000 per year will be needed in Year 1 to afford to live in Peary Court.  At Year 15, an annual income of $143,000 will be needed.  This seems an odd demographic to target for affordable housing.  Are things really that tough for families making $94,000 per year in Key West?  The median household income in the Keys is around $53,000.  Most of the jobs in the Keys are low-paying service jobs.

Not only that, according to the the amortization schedule provided in the RFP, the city will have monthly payments of about $76,000 in Year 1.  Those payments will progressively increase to over $100,000 per month in Year 15.  The pro forma shows that the city is barely meeting the debt service coverage requirements in Year 1.  Because of the ever-increasing rents, they’ve got more leeway as time goes on.  But how does this help people who cannot afford housing in Key West?

None of this makes much sense.

The People Behind Peary Court

The media has reported that it was White Street Partners that purchased Peary Court from the Navy in 2013.  That is not the case, according to this warranty deed found at the Clerk of Court’s website.  An outfit called Peary Court Holdings actually purchased the property.

According to SunBiz.org, the person behind Peary Court Holdings is an individual named Arthur Amron.  So apparently, Mr. Amron stands to make $20 million on this deal, which doesn’t look like it will do a whole lot for Key West taxpayers or for affordable housing.

Incidentally, Charley Toppino & Sons is floating around in the background.  They apparently did some work on the property for Peary Court Holdings.  Here’s the Notice of Commencement.  It doesn’t look like a big deal, but thought it was worth a mention.