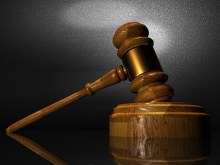 I think all three are very well-qualified, but I’m pulling for Heavilin in the Republican primary.  (I’m reserving judgement on Saunders for now.)  For one, her office is far more responsive to public records requests than the county, in general.  (I find that the Property Appraiser is very good as well.)  Here’s just one example of what it’s like dealing with other county offices.  This particular situation, unfortunately, involved Madok.

Speaking of the Emergency Services (ESS) “white paper”, it was poorly done at best, and intentionally misleading at worst.  It was authored by Madok.  Unfortunately, this is not the only instance of shaky analysis on Madok’s part.  We simply cannot have any of that in the Clerk’s office.  One of the Clerk’s functions is to perform audits that protect the public.  A straight-shooter is essential.

As a county commissioner, former Clerk Danny Kolhage has demonstrated that he has extremely lax financial standards.  He consistently approves capital spending that far exceeds budgeted amounts.  As Clerk, his office was criticized by the Florida Department of Financial Services (FDFS) for three years of late jury payments.  His handling of the Stand Up for Animals (SUFA) audit was heavily criticized by concerned citizens.  (In fact, the county lost several legal actions and was eventually forced to settle with SUFA.)  Employees transitioning into a more buttoned down environment would understandably have difficulty navigating the change in leadership.

There are no complaints that I’m aware of regarding the accuracy of Heavilin’s work.  She was dinged for timeliness when she first took over.   As mentioned above, however, Kolhage was dinged for timeliness as well.  So is the lack of timeliness a reflection of Heavilin’s ability to manage the office?  Is it the result of a rough transition?  Did she inherit unresolved issues from her predecessor?  Does the lack of timeliness persist today?  And does it present a problem for Monroe County taxpayers?

Madok, on the other hand, has authored more than one report containing inaccurate and/or misleading information.  That has me extremely worried about how he might handle the office if elected.  This is not theoretical.  Kolhage’s handling of the SUFA matter not only had a profound impact on the individuals involved, but it led to protracted legal actions that cost the taxpayers thousands of dollars.  As you might recall, Madok worked in the Clerk’s office under Kolhage’s supervision.

While I understand people’s concerns about employee morale and turnover, those issues do not outweigh the need for trustworthiness and accuracy – at least not as far as I’m concerned.  That is why I support Heavilin for Clerk of Court in the Republican primary.

(Note:  I’m no longer a permanent resident of Monroe County and cannot vote in the election.  However, as a property owner and a taxpayer, these issues affect me and people close to me.)

This entry was posted in Clerk of Court, Elections, Monroe County. Bookmark the permalink.