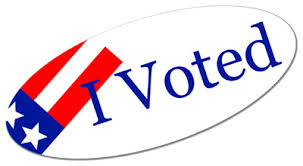 Here’s an interesting one.  Last week, the Free Press profiled  one candidate for the Key Largo Wastewater Treatment District (District).  One.  There are five planning to run.  Will there be profiles of the other four?  Why focus on this particular person I wonder?

Anyhoo…the candidate in question is Sue Heim.  Sue Heim is well-known around the Key Largo area.  She’s attended many District meetings over the years, and so theoretically she should be well-informed about the issues.  I suppose we’ll learn how well-informed she truly is as the campaign season moves forward.

Every candidate is going to have a bias and a point-of-view.  My main concern with District candidates is that they are focused on what is best for Key Largo ratepayers.  That, to me, means this:

So based on this profile, how does Heim rate on each of these issues:

Fair funding for Key Largo ratepayers.  Heim hasn’t directly addressed the issue. None of the candidates have.  My understanding is that she is a strong supporter of Sylvia Murphy.  Murphy has taken no meaningful action on the fair funding issue and, in fact, has never openly discussed the issue in a truthful way.  If Ms. Heim is a supporter of fair funding, she ought to make her position very clear, and not allow her association with Murphy to speak for her.

As we know the Key Largo area has received $125 million less from the infrastructure sales tax than the other unincorporated areas.  The Key Largo project serves about as many customers as the other areas combined.  This enormous imbalance has obviously left a mark.  Key Largo taxpayers will have to contribute $26 million more to their sewer project than will their neighbors in the unincorporated Lower and Middle Keys.

Keep rates affordable and fair.  Heim’s comments certainly suggest that she supports this, but it’s a broad statement.  It means many things to many people.  Any discount granted to one group, must be covered by the other ratepayers.  I definitely support the discount for disabled veterans and the elderly.  If I recall correctly, that costs the District’s ratepayers about $130,000 per year.  It’s something that the other customers have been willing and able to absorb.

Ideally, the commissioners will focus on reducing rates for all customers.  I already mentioned the District’s largest obstacle – the county’s negligently unfair distribution of the infrastructure sales tax.  Until that is resolved, it will be tough to provide financial relief to the extent needed by the ratepayers.

While correcting the funding disparity is the most obvious and significant avenue for reducing rates (and possibly assessments), it isn’t the only one.  By the time I resigned in August 2014, Islamorada had paid their entire $10.2 million capital contribution, most of which was applied to debt.  It was enough to mitigate a cash crunch down the road as assessment revenue tails off, but it wasn’t enough to be able to reduce rates.

Watching costs and spending smart, of course, is another way

Wastewater system properly staffed and maintained.  I’m not picking on Sue Heim in particular on this one.  Candidates, in general, don’t like to talk about this sort of thing because it won’t win them votes.  But it is critically important.  One need only look at Miami-Dade’s situation to see how very important it is.

As of now, the District has no full-time Operations Manager.  There is no engineer on staff as there historically has been.  The District is also very thin on licensed operators at present.  This could lead the District into compliance trouble at some point.  Long-time engineering consultant, Weiler Engineering, is filling the gap for the time being.

When I waded into this issue before, it became a bit of a soap opera so I’m a little hesitant to tackle it again.  But it’s an important issue and it’s something that the new commissioners are going to have to grapple with.

Many, many utilities make the mistake of deferring maintenance to keep rates artificially low.  This costs the ratepayers far more in the long run.  This quote from the news story linked above sums it up pretty well.

In Miami, like many cities, that out-of-sight, out-of-mind mentality led local officials to put off badly needed maintenance and improvements for years. That kept sewer and water rates low. But as a result, the county’s dilapidated wastewater system is a long festering problem that’s now become critical.

If the goal is lowering rates in the short-term to score political points, then have at it.  But if the goal is long-term rate stability, then the facilities must be properly operated and maintained by qualified personnel.  Voters need to be very skeptical of politicians and their campaign promises.

On a related topic, one of the reasons given for the dismissal of the District’s last Operations Manager was lack of progress on the asset management system.  This is a little alarming.  When I resigned almost two years ago, the District was switching from one asset management system to another.  Shortly after that, the employee most responsible for managing the system was let go.

Again, proper staffing and maintenance is not sexy, quick-fix, slogan-ready campaign talk.  But it is a  pressing reality that voters and serious candidates cannot ignore.

The bottom line.  Campaign promises are necessary in order to get elected.  But candidates cannot lose sight of reality.  The District is already at a point where affordability for the ratepayers is an issue.  The responsible course of action is to pursue fair funding, use any additional funding received to reduce debt service payments, and then reduce rates.  Perhaps even assessments.  If the focus is on cutting costs to the bone, the ratepayers will only pay more down the road.