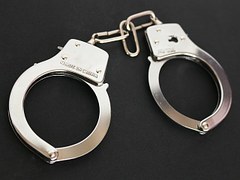 I’ve said it before.  I believe that Neugent is the “least bad” of all the county commissioners.  It’s not saying much.  Sadly.  But he, unlike any of the others at least played lip service to the notion of wastewater funding equity.

I think the county, Neugent included, was certainly up to no good with the handling of the Stand Up for Animals (SUFA) situation.  But none of those charges stuck.  In the county’s press release, Neugent accepts responsibility for some “sloppy paperwork”.  But what is the nature of that sloppy paperwork?

Ethics laws require full financial disclosure.  You can’t just describe assets as “cash” or “investments”.  Neugent is guilty of providing insufficient information regarding his financial affairs.  In a vacuum, one could regard this as mere carelessness.  In fact, if this had occurred in a vacuum I’m sure nobody would have bothered to file an ethics complaint.  But it didn’t occur in a vacuum.  It occurred within the context of the SUFA situation.  (By the way, the county hasn’t learned their lesson.  They’re still playing vile political games with animal control.)

Against the SUFA backdrop, it’s hard to paint Neugent’s oversight as an honest mistake made by an otherwise upstanding individual.  And it’s not just SUFA.  It’s the handling of the wastewater projects and other capital projects.  It’s the iPhone scandal and misuse of p-cards.  It’s the shenanigans surrounding wastewater funding.  It’s allowing county staff to get away with false statements about the Upper Keys animal shelter and the Emergency Services Surtax.

While Neugent and Monroe County might try to dismiss these ethics violations as instances of “sloppy paperwork”, the truth is that Florida ethics laws are quite lax.  So for a public official to be found guilty of any ethics violation at all is a minor miracle.  The good news is that it should become a bit easier this October.

Full and public disclosure of financial interests is incredibly important.  It’s one way to detect a possible conflict of interest…well, for those Keys officials who even bother to hide their conflicts of interest.  Neugent has been in politics a long time.  He knows this.