Change at the District – Looking Ahead 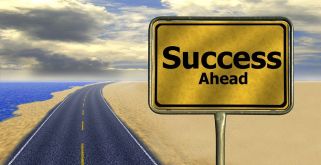 The Key Largo Wastewater Treatment District board declined to renew the general manager’s contract last Tuesday.  There’s an article about it in the Keynoter/Reporter.  Nothing in the sad, old Free Press.  I guess we won’t hear from them until next Wednesday.  Maybe someone should tell them about this new-fangled invention called the “internet“.  They can write their articles right after something newsworthy happens and then publish them right away.  Mind-blowing concept.  Right up there with fact-checking.

I don’t blog about the District that much for a few reasons:

Bottom line:  If I have to argue and fight to get information, I may as well do it to expose the really big lies – like Toppino’s Cudjoe Regional subcontracts or Carruthers’s “tax shift”.  Even if the District is doing something shady, it’s not likely to be in the same league.  Besides, unlike the county commission or the FKAA board, the District has board members who act as watchdogs and insist on straight answers.  They may not always get them, but they stick to their guns.

Lucky for me, I get to opt out of the nonsense if I want.  This blog is a hobby.  I don’t have any obligations to anyone.  The commissioners, however, don’t have that luxury.  They were elected to do a job.  If they are serious about doing that job, they must ask questions and expect truthful, substantive answers – not nasty, insulting tirades or officiously rude evasions.  The composition of the board has changed recently, and the new crew simply isn’t willing to tolerate the stonewalling anymore.

It’s a relief to be able to look toward the future.  The District has been stuck in neutral and now there’s an opportunity to start moving forward again.  So let’s start with a few observations about the Keynoter/Reporter article and use them to build a wish list.

One.  There was more talk about reducing rates at this one meeting than there has been in the last two years!  The discussion is usually shrouded in “paying down debt” and often presented in a very misleading way.  Paying down debt is not the same thing as reducing rates or providing financial relief to the ratepayers – especially when you’re using ratepayer money to do it.

Christian went on to defend his track record as general manager.

“The number-one focus I’m here for is to enable you as a board to lower rates,” he said. “We already have the second lowest rates in Monroe County, and I had a plan to get thee lowest rates. It’s been the focus of everything we do. Everything we do: how is it going to benefit the ratepayers.”

Well, if there was a plan we’d have heard about it long before this.  The board now has an opportunity to put together a real plan for financial relief.

Two.  Some board members have long been troubled by what they perceive as a lack of transparency and a lack of truthfulness.  Christian’s attempt to address those concerns was interesting.

Responding to accusations he instructed staff members not to answer commissioners’ questions at meetings unless they were certain what were the answers, Christian said it was simply a means to avoid “misinformation” spreading to the public.

An episode of staff-initiated misinformation occurred just a couple of weeks ago.  Instead of setting the record straight, Christian blamed a reporter for misquoting him.  Problem is, another reporter from a competing newspaper quoted the exact same number, undermining the claim that it was a misquote.  This is exactly the sort of apparent dishonesty that all of the board members should be concerned about – though not all of them are.

Three.  The climate of negativity and disrespect comes through in the article.

Christian, whose annual salary is $125,000, said at the meeting he would not respond to specific allegations “because I don’t thing it’s my place to contradict you or call you a liar,” but he ended up addressing at least some of the criticism thrown at him.

“I didn’t think I acted in any way disrespectful to you, at least not on purpose, and I have demanded the same from my staff,” he said.

This is exactly the sort of passive aggressive doublespeak that irritates some of the commissioners (now the majority on the board).  I’m sure the debate over what’s “disrespectful” could rage on forever without resolution – just like the debate over staffing decisions or the one over the grievance policy or the one over transparency – while substantive issues languish.  As I’ve said before, that stuff will never go away entirely, but a capable chief executive can manage through it and still get things accomplished.

So I’ll summarize what I’d like to see going forward and I’ll add one more.

One.  A real plan to provide financial relief, and the determination to follow through.  Not just desperate eleventh hour talk.

Two.  A chief executive who is willing to put the facts on the table and back them up.  This has a way of generating trust and helping people reach a consensus.

Three.  A genuinely respectful environment where the commissioners and the public are free to ask questions or voice differing opinions without being attacked.

Four.  A chief executive with a strong technical background and solid experience in the water/wastewater utility industry.  I hope the board will make this non-negotiable.  I think they (and me) made a big mistake by not insisting on it the last time around.  It’s the foundation for all the rest.

I think this is a pretty reasonable wish list.  We’ll see what happens, but I’m very optimistic.