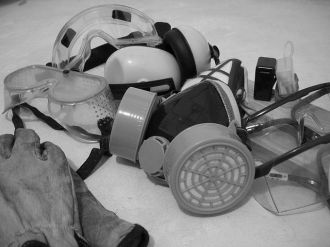 The Free Press has another follow-up on that horrible construction accident in Key Largo.  As you might recall, contractor D.N. Higgins was working on a Monroe County drainage project when three workers succumbed to mangrove gas after entering a manhole.  A Key Largo firefighter was also injured but survived.

It turns out that this may not have been the first incident.  From Teresa Java of the Free Press.

The county’s Lake Surprise Roadway and Drainage Improvement Project in Sexton Cove may not have been incident-free in the months leading up to the tragic fatalities on Jan. 16, when three D.N. Higgins workers died after succumbing to toxic gas inside a storm water drain.

Redacted records provided by the Monroe County Sheriff’s Office dated Sept. 6, 2016, indicate that a 911 call prompted an ambulance to be sent to 841 Largo Road, which is in the same neighborhood as the deadly Long Key Road incident.

The report states, “Man is passed out in a storm drain.” The victim was described as a male in his 20s who was said to be unconscious and breathing.

Apparently, there were a couple of safety incidents on a project in Key West as well.

But two new citations against D.N Higgins have appeared since last week. The two are dated Sept. 9, 2015. Both are fines settled in the amount of $960 each related to a Key West project on Duval and Fleming streets.

Worth noting, that D.N. Higgins is a favorite of the Florida Keys Aqueduct Authority (FKAA).  They’ve got almost $6 million worth of contracts right now.

This entry was posted in Media, Monroe County, Paving. Bookmark the permalink.