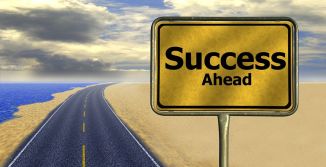 Since I look so closely into the Florida Keys Aqueduct Authority (FKAA) wastewater treatment plants, I guess it’s only fair to look into the Key Largo Wastewater Treatment District (District) wastewater treatment plant, too.  The District pulled a total phosphorus number (TP) of 6.49 mg/L in January.  Their single sample limit is 2.0 mg/L.  That’s the bad news.  The good news is it’s only one sample.  They brought their monthly average down to 1.1 mg/L with additional sampling.  And so they are in compliance with their monthly average limit of 1.25 mg/L.

The associated paperwork blames it on an a lab error and there’s some interesting back-and-forth.  Ultimately, the lab stuck to their guns.  So at this point, we don’t really know what caused the exceedance.  It could be related to the New Year’s Eve “whoosh”, but the high sample didn’t occur until January 9.

Again, this is one bad sample.  So getting to the bottom of it isn’t necessarily life or death.  But it is necessary to know and address the root cause in order to avoid a repeat.  The last thing the Keys needs is another FKAA, who just lets problems fester.

The Free Press wrote a wrap-up of the District’s February 21 meeting.  It sounds like things are going pretty well since the big decision.  Unfortunately, they’re still finding stuff to fight over.  In this case it’s SewerCare.

[Tobin] said he’d also like to authorize Rosasco to retain a lawyer with knowledge of intellectual property rights to patent SewerCare, an in-house software program that Christian created.

The District has used SewerCare to keep track of tie-ins, customer service issues, and assessments.  As best as I can recall, it worked okay.  I do remember one incident where it way overstated the number of people tied into the District’s system.  There’s nothing terrible about it.  There’s nothing spectacular about it.  It’s a database.  I remember it being useful – a stop-gap until the District could put together comprehensive data management systems.  An effort which seems to have stalled.

The major problem with SewerCare is that it is proprietary.  The District should be looking at a supported product long-term.  Another serious problem is that it does not interact with ESRI (mapping/GIS software).  If the board feels compelled to get bogged down in an argument, I just don’t think SewerCare is a worthwhile one.  But, unfortunately, it looks like another fight is brewing.  Here’s a quote from outgoing District counsel, Ray Giglio.

“It’s not patentable nor ownable by the district, and any suggestion that it is is absurd,” he said. “It belongs to the person who created it. What the board is doing here now, I find very upsetting.”

Someday soon, I hope that folks at the District will just quit getting sidetracked by drama.  That day clearly is not quite here yet.  Although Paul Christian, who wrote the database, had this to say.

Christian told the Free Press later that he created SewerCare as an employee of the district and that he has no plans to take the program with him.

In fact, according to my own very limited understanding, if an employee produces a database for an employer then generally it is the property of the employer.  Here’s some info from the U.S. Copyright Office.  Also, according to my very limited understanding, Giglio is correct that databases ordinarily cannot be patented.  So it would seem that the District can keep and use SewerCare if they want to without any legal issue.

But again, I think the District would be wise to move toward a supported product that integrates with their other software specifically ESRI.  Ideally, they’ll be taking a big picture look at their data management needs, making sure all bases are covered, and that everything is integrated to the extent possible.  I would imagine that’s a task best left for the next general manager.