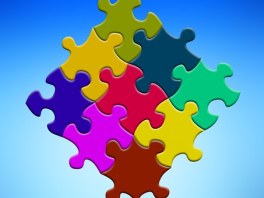 In yesterday’s post about “Connecting the Dots“, I mentioned 3406 North Roosevelt Boulevard Corporation (NRBC).  It turns out that NRBC is a corporate entity that contracts with Monroe County to provide administrative services for the Tourist Development Council (TDC).  It’s customary for a county commissioner (presumably the Mayor) to be named as an officer.  Murphy’s been named as an officer.  So has George Neugent.  In other words, there doesn’t appear to be anything improper about Kolhage’s role on NRBC.  It’s routine and customary.

I do have some observations though.

The county treats NRBC as a vendor.  NRBC has been providing the same service since 1992 or thereabouts.  As far as I can tell, the county has never put out a Request for Proposal (RFP) for these services.  Not once in twenty-four years.  I don’t know if that’s good, bad or indifferent.  Maybe it’s just a peculiarity of TDC’s.  More research needed.

I mentioned that Harry Appel is named as an officer of NRBC.  Mr. Appel also applied to replace Melva Wagner on the Florida Keys Aqueduct Authority (FKAA) board.  It turns out another applicant has also served as an NRBC officer.  That would be Christina Weinhofer.  Again, nothing wrong with any of that.  Just an observation.

The county leases space for NRBC from First State Bank of the Florida Keys.  As I already mentioned, two First State Bank officers, Robert Spottswood and William O. Kemp provided references for Richard Toppino.  Mr. Toppino was recently appointed to replace Melva Wagner on the FKAA board.  It turns out that Mr. Toppino is an officer in the family business, Charley Toppino & Sons, which has done at least $12 million worth of business with the FKAA in the past nine years.  That figure excludes subcontracts which could amount to many millions more.  I’ve been told by the FKAA that they do not keep track of subcontracts, so at this point there’s no way to know what the actual figure might be.  I’ve discussed this matter in detail.  See here, here, here, here and here.

Also worth noting, Mr. Spottswood is an officer in three firms that donated $500 each to Danny Kolhage’s 2012 election campaign.  Kolhage raised $4,900 total, so $1,500 would be almost one-third.  It’s a small amount, but a significant proportion. 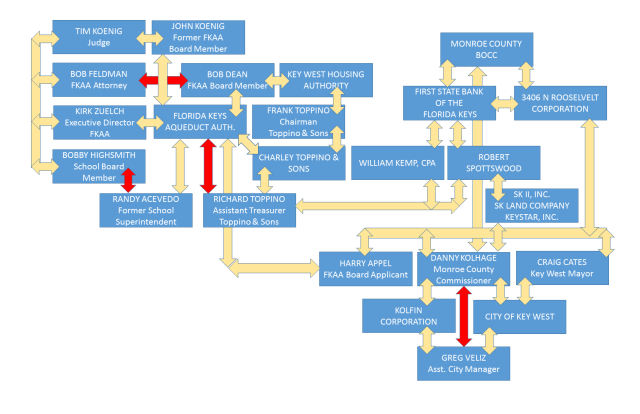 This entry was posted in BOCC, Bubba System. Bookmark the permalink.