Update:  In this post, I blamed county commissioner Heather Carruthers for the Emergency Services Surtax because it was her proposal.  However, it’s important to know that the “white paper” was actually written by Kevin Madok.  Madok is now running for Clerk of Court, a position that requires truthfulness and integrity.

I’ve been talking about the various distortions found in Monroe County’s “white paper” analyzing Comm. Carruthers’s proposed Emergency Services Surtax (ESS).  This new sales tax is being sold as a “tax shift” that will benefit locals.  Unfortunately, that does not appear to be the case at all.  Quite the opposite, as noted here and here.  Much of the logic used by the county to support this new tax fails to stand up to scrutiny.

Monroe County and I used different methods to determine the property tax reduction for the various communities in the Keys.  Our numbers for Key Largo and the rest of unincorporated Monroe County were pretty close to begin with.  Here’s a run down of the others that I’ve been able to reconcile so far. 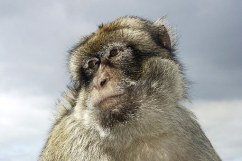 So what might the computation look like if the county made a good faith effort to come up with an accurate number?  Rather than 56%, the number is really around 48%.  See below.

As we know from looking at Key West and the Marathon area, the average value of a homesteaded property doesn’t tell the whole story.  In those communities, homesteaded properties were clustered on the low end as far as taxable value is concerned.  That means that many local homeowners aren’t going to benefit as much from this “tax shift” as they may have been led to believe.

It should come as no surprise that Islamorada is no different.

The vast majority of homesteaded properties – over 60% – are clustered in the lower range with an average taxable value of $187,052.  Carruthers’s “tax shift” would save them $231 per year on their property taxes, but they would pay an additional $417 per year in sales tax.  They’d be looking at a net additional contribution of $186.  As always local renters would contribute the full $417.  It is unlikely, given the tight housing market in the Keys, that any benefit from a property tax reduction would be passed along to them.

Again, if Carruthers feels that the financial burden on wealthy, out-of-county property owners is unfair then that’s the conversation she needs to have.  Her contention that this “tax shift” benefits locals is not holding up under scrutiny.  She only damages her own credibility by allowing staff to use dishonest numbers to support it.  Monroe County citizens, like citizens everywhere, need public officials who are going to be honest with them.

This entry was posted in BOCC, Fire and Ambulance, Monroe County. Bookmark the permalink.