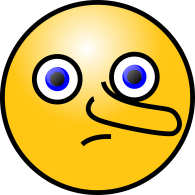 I was recently reminded of something that happened when Kevin Madok ran for Clerk of Court in 2012**.  Madok’s opponent, Matt Gardi, pointed out that Madok wasn’t actually a licensed Certified Public Accountant (CPA), though he did use that designation on his resume.  I didn’t pay it much mind at the time, bigger fish to fry.  But it sure is relevant now.

Madok used the letters “CPA” after his name when he applied for the Chief Financial Officer (CFO) position at the Key Largo Wastewater Treatment District (KLWTD).  Other than that the resume doesn’t mention that credential.  You can’t put the letters “CPA” after your name if you are not, in fact, a CPA.  It’s illegal.  Madok, formerly a CPA in California, certainly would have known that.

From the Florida statute, a person may not knowingly…

(b) Assume or use the titles or designations “certified public accountant” or “public accountant” or the abbreviation “C.P.A.” or any other title, designation, words, letters, abbreviations, sign, card, or device tending to indicate that the person holds a license to practice public accounting under this chapter or the laws of any other state, territory, or foreign jurisdiction, unless the person holds an active license under this chapter or has the practice privileges pursuant to s. 473.3141;

Unfortunately for Madok, claiming to be a CPA when you are not is a crime – first degree misdemeanor.  Even worse, Madok is looking more and more like a habitual liar.  Not just a person who tells tall tales, but a person who lies with the intent to manipulate people’s decision-making about important matters.

Should locals support the Emergency Services Surtax (ESS)?  According to Madok-math, they absolutely should.  Never mind what actual math says.  Should Madok be elected Clerk of Court?  Of course, he’s a CPA!  Well, he is now.  Should Key Largo incorporate?  No, Key Largo is a “recipient” community.  That is, if you massage the numbers just so.

Is this who we want as our Clerk of Court?  Someone who lies as a matter of routine?  Someone who tries to guide the public to vote against their own best interest with misleading statements?

**Keys media fell down on the job again here.  Look at the title of the linked article, “Gardi Zings Madok on CPA claim”.  A more accurate headline, “Madok lies about being a CPA”.  Opposing candidates “zinging” each other is not news.  A candidate who lies about his qualifications – that’s news.  And it’s something the voters need to know about.

Gwen Filosa, who wrote the article, allowed Madok to downplay the issue and present Gardi as a self-appointed watchdog who sees things that aren’t there.  (Ummm…wouldn’t that be a “zing”, too?)  Besides, Gardi was very clearly and obviously correct.  A thirty second web search confirms it.  Filosa simply chose to ignore inconvenient (and easily discoverable) facts and present Madok’s spin as truth.  Not singling her out.  That’s typical Keys media, acting as the public relations arm for certain elements of the status quo.

This entry was posted in Bubba System, Clerk of Court, Elections, Media. Bookmark the permalink.