Catching Up With the Keys 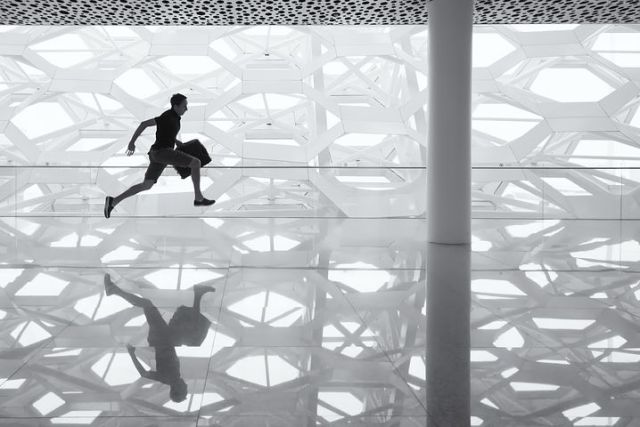 I’ve been on a whirlwind lately.  Early summer is a busy, busy time of year.  Lots of projects, visitors, work – everything.  Haven’t had too much time to blog or keep up on Keys stuff.  But I did have a chance to check in today.  Read on.

Saw this really sad story about two jack-wagons from Miami who for some reason had three Key deer tied up in their vehicle.  Huh-what?  Why?  One of the deer had a broken leg and had to be euthanized.  A commenter mentioned that the deer might also have developed Capture Myopathy – a harmful reaction caused by extreme stress.  Never heard of it before, but here’s what Google turned up.  You learn something new every day.

I slowly came to realize over the years that the Key West Citizen definitely plays a role in misleading the public about local government activities.  When I notice things that don’t add up, I document what I find on the blog and consolidate it all at the Watching the Watchers page.  No news source is free of bias.  No news source is perfectly accurate all the time.  But the Citizen doesn’t even make an honest effort.  They enable reckless, foolish, and possibly corrupt local government.

In spite of that sorry track record, I just renewed my subscription – $150 for two years.  Now if I read the Citizen to simply keep up on local news that would be $150 wasted.  Reading the Citizen, and uncritically accepting what they publish, is a great way to become dumb and misinformed.  If I just wanted news, I could read the Keynoter/Reporter.  They tend to let a lot stories fly over their heads, but at least they don’t publish demonstrably false information.

Anyhow, the Citizen seems to have made some improvements to their website. It looks like some Free Press articles are now available in a true online format (not just a pdf that disappears each week) and I can (hopefully) provide durable links to the stories rather than screen shots of them.  The complete pdf version is still available so I can still screen grab things that don’t live on the website.  It’s an improvement.  I’ll take it.

Big Changes at the TDC

Harold Wheeler resigned from the Tourist Development Council (TDC) after twenty years.  He had some interesting things to say to the Weekly.

But recent measures by the Monroe County Board of County Commissioners have seemingly reduced advertising dollars. Do you ever feel like you are being punished for doing your job well? As for current issues and some of the negative things that have been coming up lately with cutting advertising dollars, you know, we’ve been working on that and dealing with those issues for a long time. You go through those dips every once in a while. And I understand it. But I’m disappointed. We are going to follow whatever the board of county commissioners sets as policy because they are the governing body.

So what was all the fuss about? The board didn’t like this last issue of going to more capital just for the single point of doing less advertising. And that’s what it’s about. It was the cities and municipalities saying they wanted equality with the county – to get 100 percent on capital projects. And you know, it sounded like a civil rights action. “We want equality and the same as the county.” But that wasn’t it. It was a money grab by the municipalities. Period. End of sentence.

Those cities and municipalities wanting equality.  What a bunch of assholes!  [That was sarcasm, by the way.  Sometimes it doesn’t come across so well in written form.]

Wheeler’s description doesn’t make much sense.  The fact that the county went along with the municipalities’ request suggests that the cities had very strong supporting arguments and were willing to aggressively pursue the matter.  The county would never just hand over tax money without a fight.  Besides, we all know how the county feels about fairness and equity.  They hate it with the burning passion of a thousand suns.  So “meanie-pants” municipalities staging a baseless “money grab” against the county and getting their way?  Nope.  Sorry.  That fails the sanity test.

My guess is that Wheeler is referring to the Tourism Impact Tax.  This tax is (or was) split between the Monroe County Land Authority and the county’s general fund.  None went to the municipalities even though the tax was collected county-wide including from within the municipalities.

In your view, what are the repercussions to less advertising of the Keys? There’s no county in the state of Florida where the visitors are paying 60 percent of the taxes. Sales taxes, infrastructure tax, ½ cent school tax — and the tourist impact tax is paid 100 percent by the tourists. And so when you want less advertising, and they are clear about it because they want less visitors, you’re going to get less spending. When you get less spending you get less taxes. Now you’re going to have a county government three or four years from now, and it won’t be overnight, that currently has a very strong contingency fund saying “Where did the money go?”

Hmmmm…well, I find it extremely odd that the Board of County Commissioners (BOCC) would want to cut spending on advertising or anything else.  They looovvve to spend.  They spend recklessly, foolishly and senselessly all day everyday.  The BOCC also loves sales taxes.  Monroe County charges as much sales tax as they can legally get away with and they’re on a continuing mission to impose more.

Unfortunately, the locals are tapped out.  Most working people can barely afford to hang on as it is.  The BOCC has run up long-term debt by recklessly overspending on capital projects.  The taxpayers will be stuck with that unnecessarily high debt load for decades to come.  I get that tourists are part of the solution, but how many more tourists can be crammed into the Keys?  At some point, doesn’t the tourist’s contribution max out?

But what about the people who say the Keys are too congested and the TDC is to blame? No. It’s developers. It does get blamed on the tourist development council to some degree. But there’s one road in and one road out and there’s a lot of construction. We’ve had a lot of, probably a half dozen, large lodging properties developed in the last five years that have been permitted by the county. And yet, what are we supposed to do? Not market these hotels? If you want to cut back on the number of visitors coming to the Keys — yes, we can cut back on advertising. But stop building hotels and resorts! It doesn’t make sense.

Lol.  Yup.  Mostly correct.  My one quibble is that he initially blames the congestion on developers.  Those EEEE-VIL, cartoon-villain developers, who can do whatever they want and never have to pull permits or deal with rules, regulations or local government bodies.  [Sarcasm again.]

He did ultimately point out that it is the county who allows these new “lodging properties” to be built rather than addressing more urgent priorities – like affordable housing or crowded roads.  Ocean’s Edge is a great example.  And let’s not forget that the Planning Board just shot down an affordable housing project in Key Largo.  So, yeah, the county is definitely a huge part of the problem.  I’d go so far as to say they are the very heart of the problem.  It’s ludicrous to blame congestion on the TDC, whose job it is to help fill the available rooms that the county keeps rubber-stamping.

Okay, let’s lighten it up. Is there a current county commissioner you would take into a foxhole? And why? Wow. (Long pause and smile). There’s some I might push out of the foxhole [laughing]. No, I would probably keep, with this group, Commissioner Sylvia Murphy. She’s wise and what she tells you is what she sticks to. And she’s up front about it.

Ewww…huh?  The Odious Sylvia Murphy?  Wise?  Up front?  I’m mystified.  The woman is stumped by simple math and allergic to common decency.  She’s the master of dishonest, incoherent word salad.  Ah well…at least old Harold had a good experience.  I wish Murphy’s own constituents in District 5 could say the same.

The Key Largo Wastewater Treatment District (KLWTD) will be considering candidates for the General Manager position this coming Tuesday.