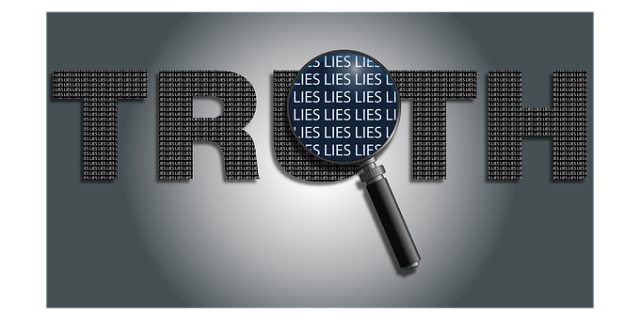 It’s challenging to tease out the facts about the performance of the Cudjoe Regional sewer system during and after Hurricane Irma.  Here is an example of two contradictory reports in the Key West Citizen.  Unfortunately, the Florida Keys Aqueduct Authority (FKAA) tends to lie and the Citizen tends to enable them.  So how do we get down to the facts?  Well, we have to rely on field reports from the people affected.

Here’s a good one that landed in my inbox.  It was also published over at www.bigpinekey.com.

The Citizen article that relied on FKAA representations (probably a press release authored at FKAA) at https://keysnews.com/article/story/fkaa-identifies-struggles-through-hurricane/ was mostly bull caca, of course.
SOP for any utility experiencing serious water leakage is to shut off transmission main taps and verify the main holds pressure. Then branch main sections are tested with individual streets shut off. Then individual streets can be energized and running meters turned off where there have been uprooted trees. Most people would have water quickly. The same process is used for sewer collection by vacuum or pressure.
Sunset Key had a big underwater main break and that was where most of the “bleeding” occurred in KW, according to FKAA employees who were not supposed to tell. That leak was responsible for the partial day water pressurization in KW, I was told.

The main reason water was delayed outside KW was because FKAA could not handle the sewage, according to 3 retired FKAA supervisory employees that are very familiar with the water system and FKAA sewers. FKAA was the laughing stock of outside utility workers who came to help with sewers and discovered residential pumps in lift stations that pump so slowly they appeared dead.

One can understand cell phone communication problems, but outside agencies were not even given a map of the system or assigned areas to check. My street was checked by multiple agencies multiple days and even mulitple times per day. There were no leaks, the street is close to a transmission main tap that supplies plenty of water and pressure, yet the water was off an absurd length of time. You can open a street water valve and give it time to fill toilet tanks, then listen with a probe on the valve to hear if significant water is running.  I was asked by one utility crew if my street was gravity or grinder. (A good clue would be the manholes!) When they heard gravity, they turned around and went to look for trouble elsewhere. FKAA supposedly has a dedicated fiber optic line and radio towers maintaining communication to Florida City. So much for high tech expensive solutions.

Outside contractors were hired to pump out grinder pits, including unconnected pits that had filled with salt water due to the FKAA lies about all pits being floodproof. Which begs the question of why residential grinder pits were not provided with the already paid-for expensive floodproof vents, but they were used on lift stations that take water from flooded manhole covers and the non-floodproof station access hatch.

FKAA was not pumping out many active grinders with generators. I know people that never saw a generator truck, but know none who received 2 day recurring pump outs as claimed by FKAA. People were reportedly asked not to power their own to pump out, either (the system could not handle everything, and individual pumps compete with lift stations for transmission main space.)  The portable generators were running lift stations and had to sit chained up for many hours because the pumps are ridiculously slow. Lift stations were reported as overflowing into the street and yards. Grinder pumps were refusing to accept a flush and flooding showers with poopy water (shower drain is lower than toilet bowl). A caller to US1 Radio reported this issue on the air.

Someone should request the work orders for all those “every two days” pump outs. Also the invoices from the outside contractors with pump out trucks (like B.R.I.A.N.) who had to pump out lift stations and truck the sewage. I have photos of the stations being pumped out and also of the trucks dumping into the nearest (actually working) master pump station.
The sewer forcemain just installed on Middle and Big Torch by the FKAA in house construction crew was re-excavated by Irma, causing a hazard along the road. So much for the 98% of maximum density compaction required in FKAA trenches! Fortunately, this main is not active or it might have easily blown apart.

There is support for the claims that the neighborhood pumping stations failed as a result of the storm (see the bold parts).  Here is a document from the agenda for FKAA’s October 25 meeting.  The board is being asked to approve the purchase of over $400,000 in new equipment – much of for pump stations with more than one pump (triplex, quadplex, pentaplex).
While I think it stands to reason that the system would have sustained storm damage, I think the public deserves a full and frank discussion of what failed, how it failed, and what the impacts were.  The discussion should also include how such damage will be mitigated in the future.

This entry was posted in Cudjoe Regional, FKAA, Hurricane Irma. Bookmark the permalink.