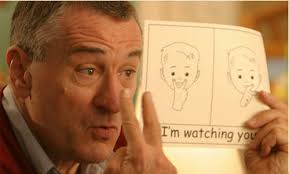 Update 2:  A thought.  If all you do all day is figure out how to game the system to benefit yourself, then how in the world will you know how to step up for the community when it really matters?  There’s a reason the county can’t get it together.  Just sayin’.

Update:  I saw this and this in the Citizen about hurricane debris removal.  Ugh.  It’s long past time these areas incorporated.

Rick Boettger is continuing his series about the shady shenanigans of Monroe County commissioners over at the Blue Paper.  Last week he shared the wonderful news that he intends to run for George Neugent’s seat on the Board of County Commissioners (BOCC).  Boettger is one of the few who can see through the BOCC’s nonsense and expose it for what it really is.  On top of that he’s managed to extract some measure of accountability by successfully filing ethics complaints.  His skills would be invaluable to all Keys citizens.

Even one competent, capable, non-corrupt county commissioner would be a major improvement over what the Keys has now, but I think a lot more needs to be done.

The Key West Citizen recently wrote another one of their editorials.  This one is about how the Lower Keys need more of the county’s “attention”.  Hmmm….

Unique to the Lower Keys among the other areas of Monroe County is that there are no significant County offices between Marathon and Stock Island. Additionally, the County Commissioner who represents the Lower Keys lives in Marathon. We have to wonder if a Commissioner or Senior County staff member lived among the piles of trash strewn throughout the neighborhoods more would be done by now, two months after the storm.

Irma hit Marathon at least as hard as the Lower Keys, but according to the Citizen’s editorial they are not struggling to nearly the same extent with debris removal.  Why not?  The BOCC has floundered when it comes to securing trash removal services.  The process is poised to devolve into yet another lawsuit.  Why can’t the BOCC manage this basic task without undue drama, delay and expense?

Key West, Key Colony Beach, Marathon, Layton and Islamorada are all incorporated.  Key Largo is served by two special districts.  Citizens in these areas have some measure of control over local affairs.  The Lower Keys have none, and it shows.  They’re not even allowed to elect their own commissioner.  Nobody is.

When the Key West city government attempted to go wild and purchase Peary Court for $55 million, local voters were able to shut them down.  Unfortunately, $12.5 million still flew out the window on that boondoggle but it could have been much worse – $42.5 million worse.

Before Marathon and Islamorada incorporated, Monroe County spent very little of the infrastructure sales tax to benefit those areas.  Incorporation netted each community roughly two million dollars per year.  Marathon, in particular, managed to keep the cost of their sewer system under control.  Not only do the citizens of Marathon benefit from the city’s efficiency, they get a direct cut of the infrastructure sales tax to help offset the cost.

Key Largo failed to incorporate, but the area is served by two independent special districts which provide sewer service and fire and rescue service.  The results are a mixed bag.

Because of the failure to incorporate, Key Largo has no direct access to the infrastructure sales tax.  Though Key Largo contributes almost as much of the tax to the county as Key West does, it receives very little in return as compared to the other unincorporated areas.  Here’s an illustration of this situation at work.  Long story short:  special districts can provide efficient, cost-effective service but they allow the BOCC to financially punish their constituents for taking advantage of that option.

There’s a reason the special districts outperform the county, and its the same reason that incorporated areas outperform the county.  Local oversight.  The Key Largo Wastewater Treatment District (KLWTD) is run by five commissioners who are elected by and accountable to the public they serve.  The secrecy and waste that the Florida Keys Aqueduct Authority (FKAA) and the BOCC got away with in Cudjoe Regional would never fly in Key Largo.

I do not believe the Citizen has any genuine concern for the Lower Keys.  They’ve demonstrated their contempt for their readers by lying to them repeatedly.  I suspect that the editorial is more about greasing the wheels for another massive spending spree.  Consider the suggestion that there are no county offices in the Lower Keys.  How would a new government complex, probably costing tens of millions of dollars, actually help if it houses the same wasteful, incompetent and corrupt officials that have repeatedly failed the Lower Keys already?

This entry was posted in BOCC, Bubba System, Monroe County. Bookmark the permalink.